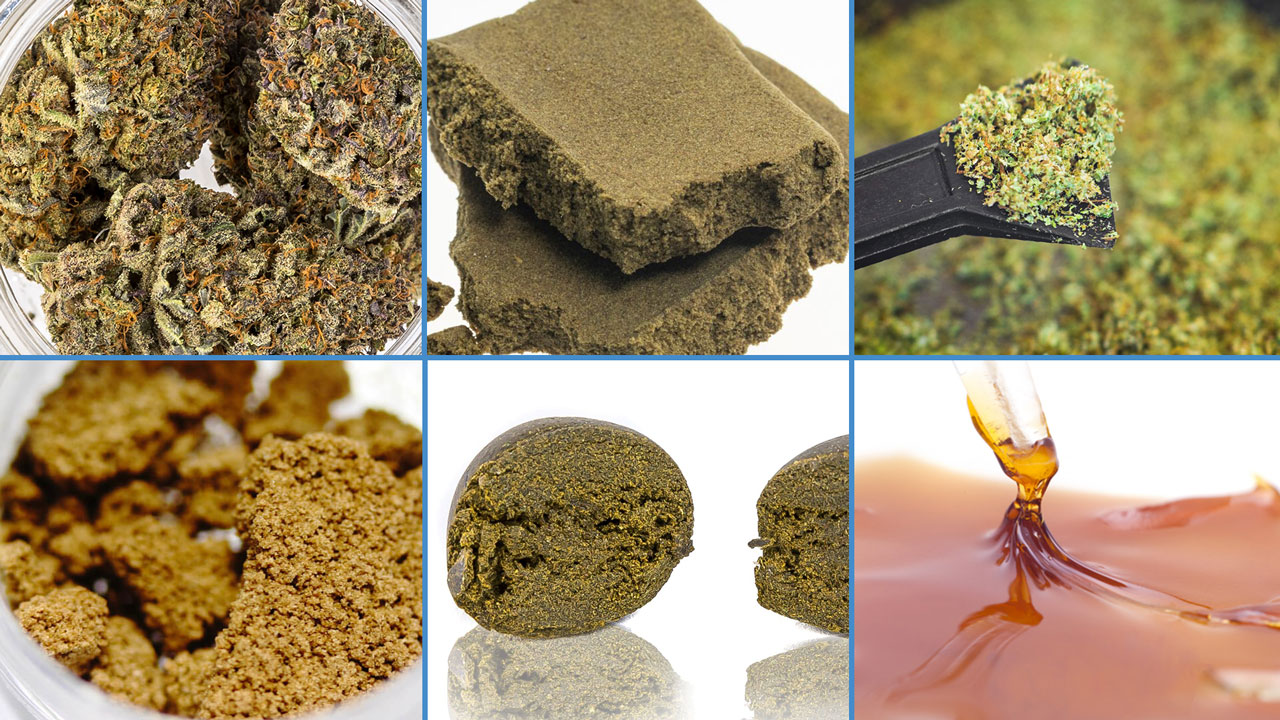 Oil, Hashish, or legal cannabis buds. Which is the most powerful?

Many users wonder what type of legal cannabis is the strongest and what is the difference between the cannabis light buds (also called legal weed) and legal hashish derived from cannabis light.

In this in-depth article, we want to explain to you what exactly legal hashish means, what is the difference between legal hashish and weed, and how to recognize a quality product.

Let’s start first of all by clarifying the legal hashish.

What is legal hashish?

The so-called legal hashish is essentially any type of hashish that comes from light cannabis plants, containing up to 0.2% THC but with very high concentrations of CBD. In Italy, as well as in many other European countries, the sale of inflorescences and products derived from Cannabis light is allowed and consequently, even legal hashish is considered free sale because it is derived from this kind of Cannabis with a low THC content. It is pollen and resin from cannabis buds that are processed and concentrated in different forms.

Depending on the processing that is carried out you can have different types of hashish: 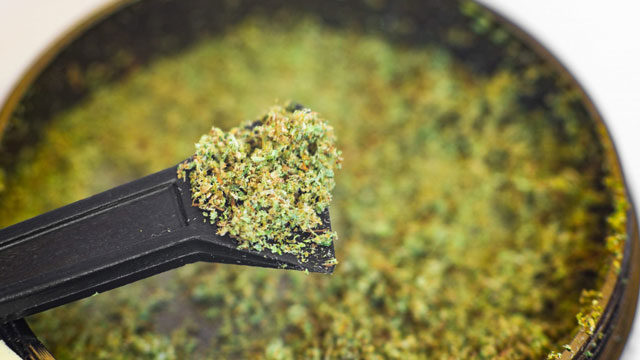 It is a dusty type of hashish. Kief is essentially the simplest processing and is mainly composed of resin crystals, pollen, and plant material. It is produced by shaking the buds. The collected material is then sifted to separate the larger plant parts. 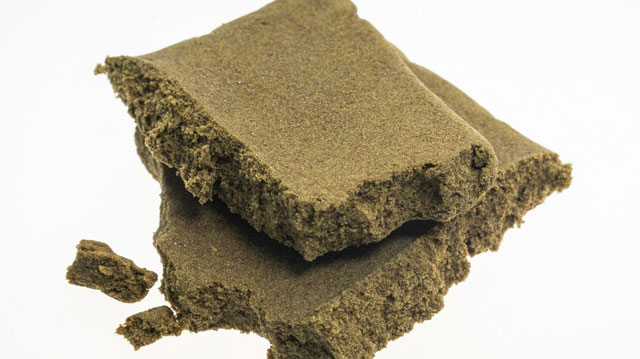 This is a common process especially in North African countries, such as Morocco. The initial processing is similar to kief in that the resin, pollen and smaller plant material are collected, by shaking or beating the plants. The material obtained is then sifted to be refined and then compressed into 100-250 gr loaves, through the use of mechanical or hydraulic presses. In this way, the hash dough thus formed is easier to store and transport. 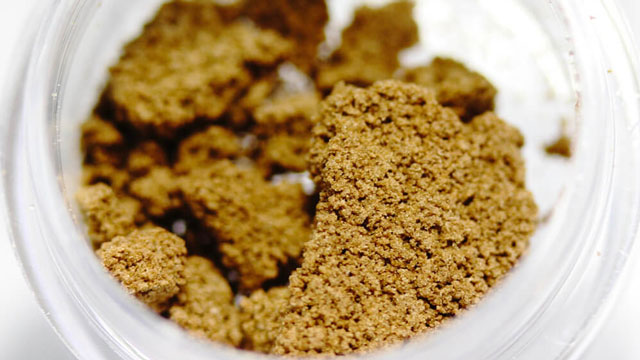 The term “bubble hash” refers to a product similar to kief or legal hashish, but slightly more refined. Legal bubble hash is obtained by separation from the inflorescences of resin-containing trichomes. The separation takes place in water with the use of special centrifuges called “bubbleator” from which the name of the product derives. To facilitate separation in the water, ice cubes are often added. In this case, the product can also be called “ice-o-lator”. 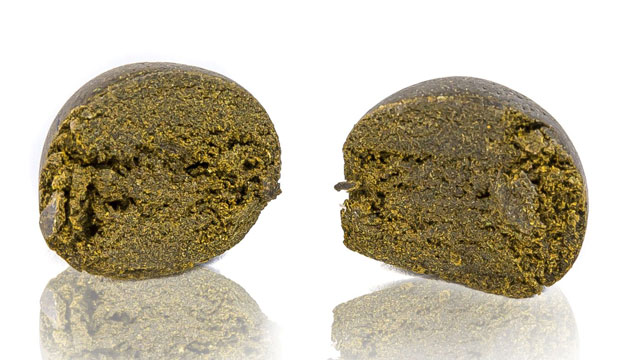 It is a particular process, widespread especially in Asian countries such as India, Nepal, and Pakistan. The resin is collected by hand, or by similar methods, exclusively by rubbing. This type of processing greatly reduces the amount of plant material present and produces a dark resin, very sticky. It is usually processed in “balls” that vary in weight from a few grams up to 50-100 gr. (If you want to know more about charas you can read our in-depth article here) 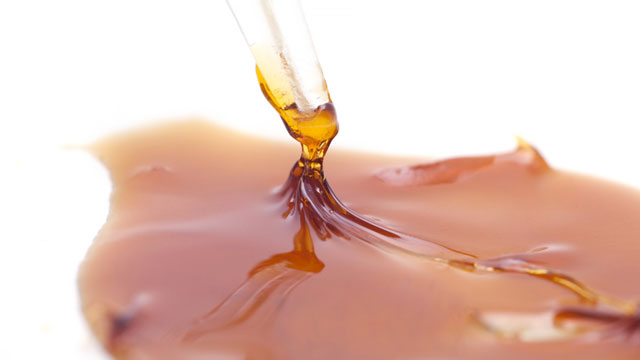 This type of hashish is the most refined and concentrated. It is in fact a real chemical extraction. The plant material (inflorescences and other parts of the plant) is shredded and inserted into extraction tubes where a gas or liquid is passed that separates cannabinoids and terpenes from the plant parts, producing an oily resin similar to honey. The processing changes slightly depending on the solvent used. Regularly, hashish oil extractions are made using hydrocarbons such as butane or propane, pure alcohol (isopropyl), or carbon dioxide.

In the case of butane/propane, once the extraction is completed, the oily resin (also called BHO, Butane Hash Oil) is inserted into heated vacuum chambers that allow the complete separation of the hash oil from the gaseous solvent.

If alcohol is used, the oily solution is left to rest for some time (even up to 48h) to allow the alcohol to evaporate. The product thus obtained often results in a hard and translucent resin similar to plastic.

In the case of carbon dioxide extraction, the process is similar to hydrocarbon extraction. The finished product is often similar to an oily wax, for this reason it is also called “wax”, which in English means wax.

As we have seen, the main difference lies in the type of processing. The most traditional techniques, which produce kief, hashish in loaves and charas, allow you to have a concentrated product that still contains traces of the plant parts of the cannabis light plant.

Legal hash oil, on the other hand, is a refined product, much more concentrated than the traditional legal hash, which mainly contains cannabinoids and terpenes separated from the plant material.

Legal Weed, Legal Hashish, or Legal Hash Oil. Which is the strongest?

As we have seen, different processes lead to different levels of cannabinoid concentration. So generally we can say that legal hash oil is the strongest. Followed by the traditional legal hash and finally by the buds. But be careful! It’s not always that easy… Much depends on the quality of the cannabis light plants used. In fact, a legal hash oil extracted from light cannabis plants grown in suboptimal conditions, for example outdoors or with the use of the wrong nutrients, will result in a product probably inferior to a traditional legal hash from indoor inflorescences or even lower than the indoor legal cannabis inflorescences themselves.

As we saw in a previous article, the “potency” of cannabinoids is also the result of the so-called “entourage effect”, that is, the synergy between the various cannabinoids and terpenes present in the light cannabis plant. This means that extractions or concentrations obtained from poor quality plants will not have the same potency as those obtained from light cannabis plants with a perfect balance of active ingredients.

Also, keep in mind that if contaminants such as mold, fungi, bacteria, medications, and pesticides are present on the plants, these can easily end up in legal hash or legal hash oil. Contaminating the product and making it also dangerous.

How to recognize quality legal hashish?

First of all, you should know the origin of the product. If the light cannabis plants used at the outset have been grown flawlessly and do not contain contaminants, the legal hashish or legal hash oil obtained will certainly be of high quality. Very often, however, it is not possible to determine the origin of the product. In this case, we advise you to use your senses. A good quality legal hash should be fragrant, not contain traces of woody plant material (branches and stems), and not contain conspicuous parts of visible leaves or inflorescences.

Another important detail is that legal hashish should not leave ink-like traces on the skin. Such a feature may indicate the addition of foreign substances and contaminants. You can test your legal hash by putting a small piece of it in the water for a few hours, making sure no foreign liquids come out. After this time, let the legal hash dry on a piece of absorbent paper away from light. If the legal hash is of good quality, you should not notice any difference in terms of aroma and texture.

As for legal hash oil, you can try to bring a small part closer to a living flame such as a lighter, a candle or place it on a heated surface. The oil should not produce sparks, should not crackle, and should simply dissolve in a translucent liquid similar to honey. Any sparks, flames, or crackles may indicate the presence of solvents that, although not necessarily dangerous or toxic, can alter the characteristics of the oil.

Where to buy legal hashish?

If you are a cannabis light enthusiast and want to buy quality legal hashish, coming from legal cannabis plants grown indoors and free of contaminants, visit our shop! Ours legal charas resin and our legal hash are produced with craftsmanship that allows us to preserve all the characteristics and profile of terpenes and cannabinoids of the plants from which they come, to ensure the best possible product at an unbeatable price.