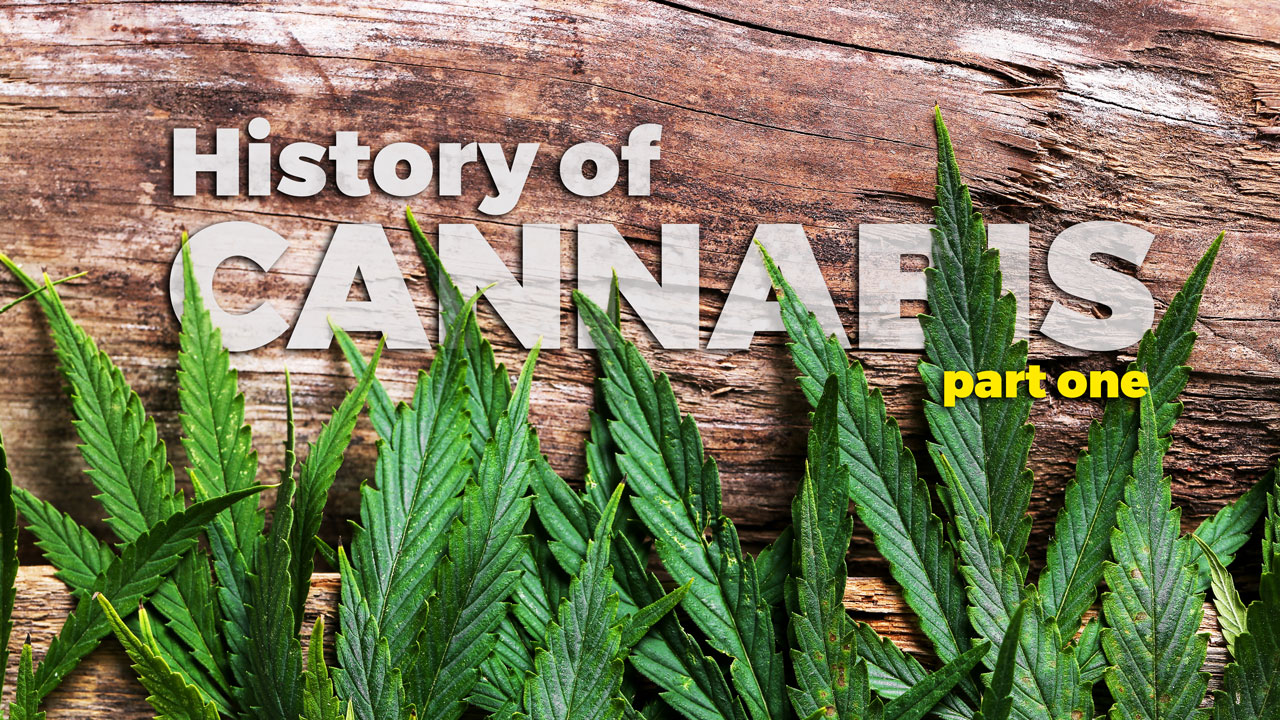 History of Cannabis: the magical plant that conquered the world – (first part)

The history of cannabis has grown and evolved with humans for thousands of years. Many ancient cultures cultivated and used cannabis, exploiting the seeds as food, the fibers to produce fabrics, ropes and other materials and its inflorescences as medicines and for religious ceremonies. Cannabis has always been a very useful plant for our ancestors and continues to be so today.

In this first part we will discover together the first steps of cannabis: where it originated, how it spread all over the world up to the classical world of the Greeks and Romans. In the second part, we will see how cannabis has spread in the medieval Arab world to the present day.

Where did cannabis originate?

Cannabis is probably native to Central Asia; China, Mongolia, Russia, Kazakhstan, Pakistan and India are all places where cannabis plants existed in nature tens of thousands of years ago. Humans started farming about 10,000 years ago and cannabis is believed to have been grown between 5,000 and 6,000 years ago. In prehistoric times, when the climate changed and became milder, humans began to migrate bringing with them the practice of growing cannabis.

Historians believe that, from Central Asia, cannabis later spread to the Middle East and the east coast of Africa. To then arrive in Europe and the American continent thousands of years later.

Several types of cannabis, today called native strains, began to develop in specific regions. These strains, such as the Hindu Kush, from the Kush Mountains of Pakistan and Afghanistan, are native to a specific region and are influenced by the climate, geography, soil and environment of that region.

Cannabis as a medicine in ancient China 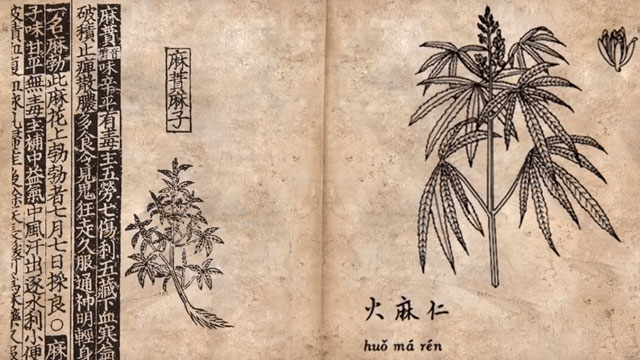 The oldest medical text in the world, the Pen-ts’ao Ching, became widespread in China during the late Han Dynasty, in .C second century, but was compiled from older texts. This ancient book talks about Emperor Shen-Nung, the father of Chinese medicine, who lived at least around 2000 BC.C., who recognized the benefits of cannabis for over 100 ailments. Pen-ts’ao Ching is the first evidence of cannabis as a medicinal drug.

A preparation of female cannabis flowers is referred to in the book as “ma-fen”. Chinese medicine is based on yin and yang , and cannabis was seen as a medicine that restored yin, useful for conditions such as gout, rheumatic pains, constipation, malaria and some gynecological disorders.

Analysts and linguists have noted that cannabis has influenced some Chinese compound words, including the words for “insensitive,” “narcotic,” and “paralysis,” all of which are formed with the word “má,” which means “hemp.”

Note that “hemp” and “cannabis” are interchangeable terms in ancient texts. Today we call “hemp” cannabis plants with less than 0.3% delta-9 THC, but our ancestors did not make this distinction.

Traces of the first uses of cannabis in China

In 2019, a group of archaeologists discovered a dozen wooden braziers dating back to 500 a.C. These devices were found in a cemetery in China’s Eastern Pamir region. Archaeologists think they were part of a burial ceremony. These braziers were pieces of wood with deep holes dug into them, and the charred residue contained traces of cannabinoids. The cannabis and a heated stone would be placed inside the braziers and the smoke would then be inhaled. 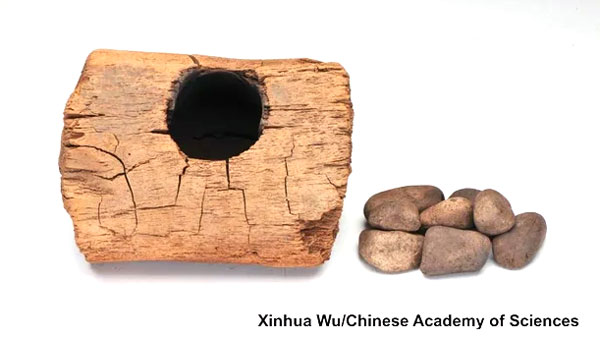 In addition, another use of cannabis always appears in China, centuries after the era of wooden braziers, in some documents of the Han Dynasty (200 a.C. – 220 d.C.). These texts describe the work of a famous surgeon, Hua Tuo, who performed surgeries anesthetizing his patients thanks to his application of “máyóu“, an oil infused with cannabis resin, datura and wine.

Sacred Medicine and Ayurveda: The History of Cannabis in India

Cannabis plays an important role in Atharvaveda, a collection of sacred Sanskrit writings dating back to 800 BC.C. The text mentions cannabis as one of the five sacred plants, whose medicinal uses blend with religious and spiritual practices.

Cannabis has also been described in Sushruta Samhita, a seminal text of Ayurvedic medicine, which recounts the plant’s many healing properties. Cannabis has been used for a wide range of therapies such as: appetite stimulant, painkiller, anesthetic, anticonvulsant and antiparasitic.

Bhang, a drink made from cannabis, hot milk, nuts and spices, was a common remedy for many ailments and was also thought to be the favorite food of the god Shiva. Bhang was considered very effective against anxiety and is still consumed in sacred settings such as the annual Holi festival.

Other medicinal and sacred cannabis preparations include “ganja”,which means smoking female flowers, and charas, rolled hash balls that are smoked. These forms of cannabis are still popular in India today, although the use of cannabis outside of religious contexts is prohibited.

Historians and archaeologists believe that cannabis came to Egypt from Central Asia. Some texts on papyri of 1550 a.C. highlighted the anti-inflammatory properties of the plant and its use as an adjuvant during childbirth. The Egyptians administered cannabis creatively, through the mouth and skin, but also through the rectum, vagina and eyes.

Many scholars think that an Egyptian hieroglyph, “shemshemet”, refers to a plant used for both rope and medicine, probably hemp. Remains of the plant have also been found in the tombs of pharaohs, including Akhenaten, who lived around 1335 BC.C., and Ramses II, who lived from 1303 to 1212 a.C.

The Scythians and the history of cannabis in Central Asia 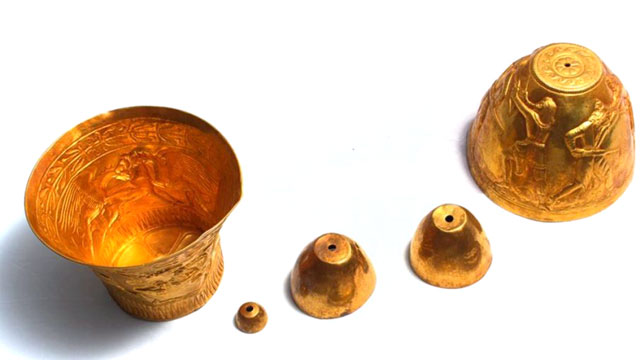 Components of an ancient bong used by the Scythians – photo: ANDREI BELINSKY

The Scythians were a nomadic people who lived around 600 BC.C. – 400 a.d.C., between the Black Sea and Siberia. The Greek historian Herodotus described a“Scythian steam bath”,, in which one sat inside a tent and put cannabis and heated stones in wooden braziers, perhaps the first “lock” in the world.

Two golden bongs dating from about 600.C BC have been found in Central Asia and are thought to belong to the Scythians. A mummified woman’s body was found in the Altai Mountains of southern Siberia, dating back to about 500 BC.C. Called the “Siberian Ice Maiden”, this woman was buried with a bag of cannabis. An MRI scan of the mummy revealed that the woman suffered from breast cancer; researchers theorize that he may have used cannabis to alleviate the symptoms of his condition.

Ancient Greece and Rome: history of cannabis in the classical world

Greeks and Romans commonly used cannabis for rope and textiles. The first account of medicinal cannabis among the Greeks is a rumor in the De Materia Medica, written by the physician Dioscorides, around the first century A.C. Dioscorides sings the praises of cannabis as a treatment for earache and offers specific instructions on how to prepare the medicine from cannabis seeds and inflorescences. 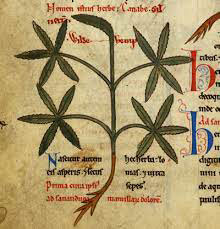 The recognition of cannabis as a medicine by Dioscorides is followed by that of Pliny the Elder in the Naturalis Historia of 77 A.C. Pliny described the medical use of cannabis for joint pain, gout, and burns.

In ancient Rome, Galen, physician to Emperor Marcus Aurelius, who lived in .C second century, wrote a text advising against eating too many hemp cakes. These sweets were popular in Roman banquets for their ability to give relaxation, hilarity and euphoria. However, they were put in a bad light by Galen because they caused thirst, made them lazy and were, according to Galen, difficult to digest.

End of the first part. In the next article, we will explore the history of cannabis from the Arab Middle Ages to modern times.

← How to Use CBD Oil for Sleep, Stress and Concentration History of Cannabis: from the Arab World to the present day - (second part) →