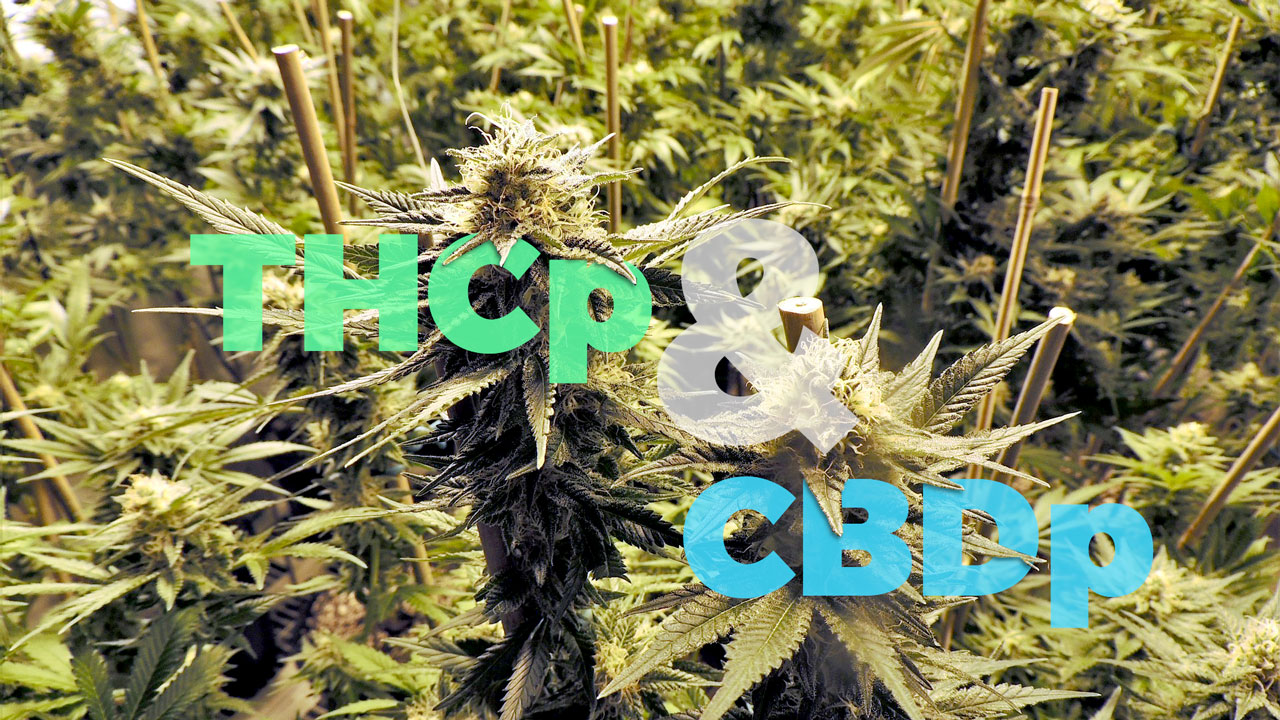 We are talking about THCP and CBDP two recently discovered cannabinoids. Cannabis light is truly an inexhaustible source of surprises. With the opening of the market, research has finally begun to increase. Precisely for this reason in recent times we have seen more and more studies aimed at investigating the complexity and potential of cannabinoids.

On December 30, 2019, a study was published in Nature, carried out in Italy, announcing the discovery of the two new phytocannabinoids: THCP and CBDP.

The team of researchers, all Italians, first isolated THCP, Tetrahydrocannabiforol (from the English Tetrahydrocannabiphorol), and then the CBDP, Cannabidiforol (from the English Cannabidiphorol). The names will surely remind you of the common THC and CBD, this is right because the two new cannabinoids are similar in structure and effects to their “major” counterparts. 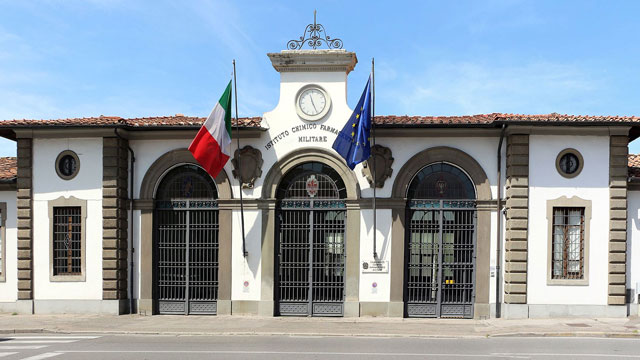 Both cannabinoids have been identified and characterized through the study of FM2 plants from the Military Pharmaceutical Chemical Plant in Florence. The discovery was made with advanced techniques of spectrometry and analysis, which allowed the certain identification of the two compounds.

In addition to learning more about cannabis, research is also very important to establish the possibilities of medical and therapeutic applications of cannabinoids.

The researchers found that the new molecule, THCP, has a very important peculiarity: the cannabinoid has an elongated shape compared to the common THC. In practice, where THC has a “tail” formed by 5 links, THCP has 7! Previously it was not thought that molecules of this length were present among the cannabinoids of cannabis. This elongated structure gives THCP a greater ability to adhere and bind to cb1 receptors of the human endocannabinoid system.

In addition to experimenting in vitro (in a test tube), the researchers also carried out in vivo tests (on animals). In the latter case, mice subjected to THCP were monitored for a number of effects common to cannabinoids:

Mice inoculated with THCP showed an increase in the index of all three parameters examined. Delta-9 THCP has been shown to be as active as delta-9 THC but at lower doses. In fact, the minimum dose of THC used in this type of test is usually 10 mg/kg, while delta-9 THCP was already active at 5 mg/kg. 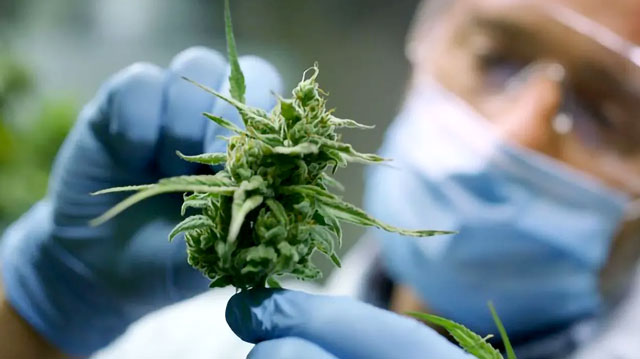 If you are a cannabis user, it is very likely that you have inadvertently already consumed THCP. After the revelations of this study, now researchers believe that a very strong and unexpected “high” could be caused by a combination of THC and THCP, instead of just THC. If you think about it, this makes sense. Cannabis compounds do not suddenly begin to exist when they are discovered. They have always been present in the plant.

Side effects of THCP

The side effects of THCP are still unknown for the most part. THCP is a “new” cannabinoid in the eyes of science and the unique side effects, short or long term, have yet to be thoroughly studied.

However, since THCP is similar to THC, we can assume that the side effects are similar between the two. Common side effects of THC include:

As we have seen, THCP binds more effectively than THC with the CB1 receptor. So it is assumed that the side effects may also be more pronounced. 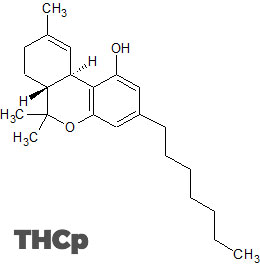 Structure of the THCp – source: Wikipedia

Like delta-8 THC and HHC, THCP is in a gray area of legality.

Despite not being listed as a controlled substance, THCP is still an analog of THC. However, since THCP exists naturally in Cannabis light, which contains up to 0.2% THC, many experts argue that it is protected by the same legislation that allows the technical use of legal cannabis.

What does the future hold for THCP?

Based on the research, Italian scientists believe that THCP should be promoted from “minor cannabinoid” to “main cannabinoid”. This designation means that it can be adequately evaluated for its potential pharmaceutical benefits. The researchers believe that the discovery of THCP may explain some of the therapeutic effects of medical cannabis, which until now had not been possible to attribute to THC or other common cannabinoids.

Just like THCP, the CBDP molecule also has 7 links, instead of the 5 of the common CBD. So is CBDP also more “potent” than CBD?

That’s not quite the case. In fact, the researchers did not consider investigating CBDP thoroughly, because already for CBD it was shown that the action on CB1 and CB2 receptors was poor. So they assumed that a longer molecule wouldn’t make much of a difference in this case. As reported by the text of the study, however, it is not excluded that in the future a specific field of application for CBDP can be identified.

What comes out of this research

An important implication that the study highlighted is that THCP could explain why cannabis can cause such different experiences in users. As the researchers have taken care to point out, there is great variability in the type of response people have towards cannabis-based therapies. This also happens with equal doses of THC.

Although we have always thought that the psychotropic effects of cannabis are mainly due to THC, in reality, they could be partly attributable to THCP or other extremely potent cannabinoids that have not yet been identified.

Another interesting implication suggested by the study is the need to grow cannabis strains that are not THC or CBD dominant. Genetic research on cannabis has made great strides in recent years and strains that produce larger amounts of minor cannabinoids such as CBC, CBDV, CBG, and THCV are gradually becoming more and more available.

Cannabis is a real gold mine for medicine

Most likely, soon cannabis strains rich in other minor cannabinoids, such as THCP, could follow suit. Growing plants rich in these cannabinoids would facilitate the production of extracts of those compounds, allowing consumers to enjoy the therapeutic and pharmacological benefits typical of each compound.

Unlike other medicinal plants, which have 2-3 active ingredients, cannabis contains a lot of them. So far, more than 150 substances with potential therapeutic effects for humans have been identified in cannabis.

Precisely for this reason, the authors of the study say that the creation of a complete chemical profile of cannabis is very important. The identification of unknown cannabinoids and better characterization of minor cannabinoids may offer important therapeutic opportunities that have the potential to further transform medicine.

← The cannabis tradition at Christmas Oil, Hashish, or legal cannabis buds. Which is the most powerful? →