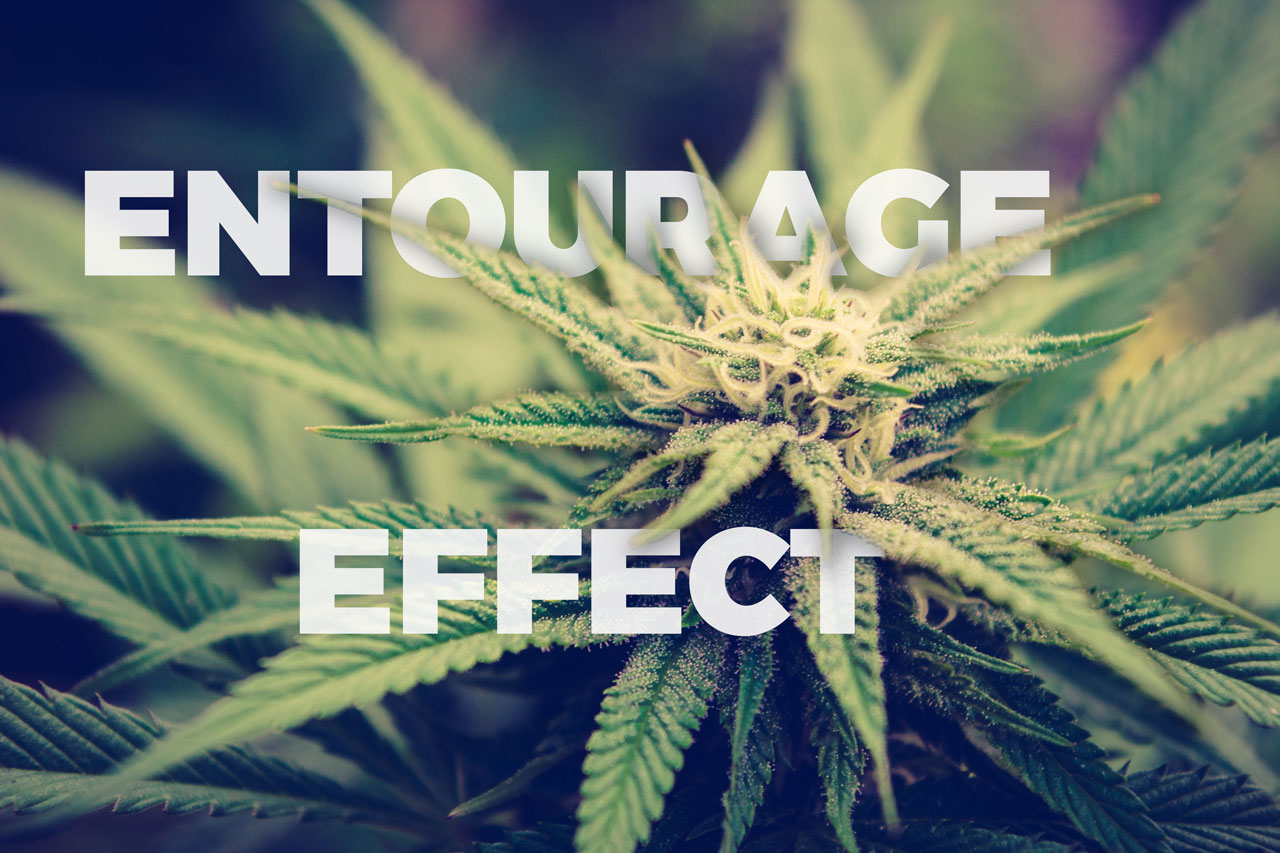 Entourage effect of cannabis: does it actually work?

Whether you’re an expert connoisseur or a neophyte to the matter, you definitely heard of the “Entourage” effect(collective effect) of cannabis. This phenomenon refers to the beneficial effect that THC, CBD, other cannabinoids and terpenes of cannabis have, when they are consumed together.

This effect starts from the premise that derived products of cannabis,of the entire plant, have a different strenght compared to that of the single cannabinoids.

History of the entourage effect of cannabis

The first indication of this effect dates back to 1998 and it was mentioned by Raphael Mechoulam and Shimon Ben-Shabat. In their research, the professors indicated how the concomitant intake of cannabinoids and terpenes together might increase the stimulation and activity of the human endocannabinoid system.

Since then, the entourage effect became part of the culture of cannabis and a commonly used term for the enthusiasts, researchers and activists. But how much of it is true? What does the modern research say about it?

What do we know about the entourage effect of cannabis

Recently published studies have started delving deeper into the matter. Also thanks to the progressing legalization and liberalization in the US, researchers have now less restrictions to deal with and are finally able to study the matter more in depth. Actually, what it seems to emerge from a specific study, is that the entourage effect of cannabis might be less powerful than previously assumed. Certainly, the effect is not as direct and definite as the main producers and activists would have us believe.

The combined effect of cannabinoids

If we consider THC and CBD, today we know that in some cases the combined action of these two active substances has powerful effects, compared to single cannabinoids. Moreover, as we’ve already seen in our article about Cannabichromene, even minor cannabinoids play an important role therapeutically. An in vitro study (in lab) performed on breast cancer tissues, showed how the effect of the extraction in “full-spectrum” of cannabis, is superior in quality and efficacy, compared to THC alone, in reducing the growth of cancer cells.

The data collected from this study show that the synergy is mainly due to the presence of THCA (tetrahydrocannabinolic acid) and CBG (cannabigerol). Another study, performed on CBD, showed how the full-spectrum extraction works like CBD but on lower doses (20% less). Therefore, it has a greater effectiveness.

Researchers and cannabinoids experts have come to a common conclusion: the effect is real! Just not exactly as described by the pro cannabis propaganda. For instance, the effect that CBD has on the consumption of THC is demonstrated and well known. While for most of the other cannabinoids it takes much more research and any statements at the moment would be simply groundless.

For now the experts are convinced that there actually is a synergy among the active substances of cannabis, unfortunately though the available data are still insufficient to fully understand the phenomenon. In light of these new researches, two new interpretations of the entourage effect of cannabis have been suggested:

What kind of role do terpenes play in it?

In general, we know that terpenes play a critical role in the effects of cannabis on the human body and endocannabinoid system. The research especially focuses on the synergic effect between terpenes and cannabinoids but we are still at the beginning. A study published in March 2020 for instance hasn’t found sufficient proof to support the thesis that states that terpenes “myrcene”, “pinene” and “limonene” may somehow increase the effects of THC and CBD. In a subsequent study of April 2020 it was found that “humulene”, “pinene” and“geraniol” can effectively bind with CB1 receptors of the endocannabinoid system and therefore play an important role in the physiological response. For example, CB1 receptors are responsible for, among other things, pain. This might indicate that certain terpenes could become part of specific therapies for cronic pain. 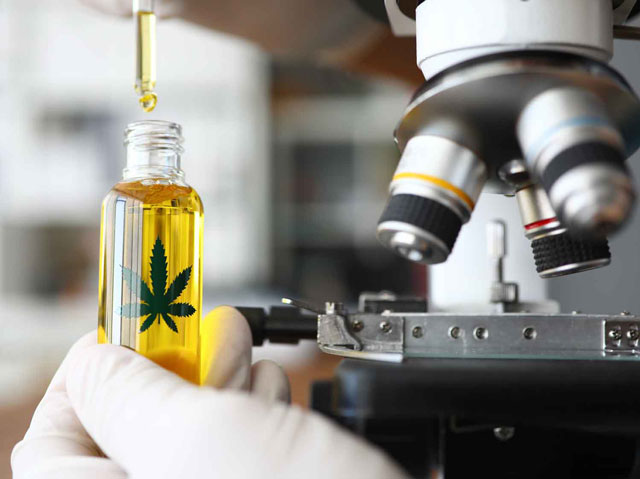 But then, is the entourage effect of cannabis real or not?

Most of researchers seem to agree: the effect is real. Unfortunately though, as it often occurs, it was misinterpreted and often“manipulated” for propaganda purposes. Actually, the scientific evidence indicates a combined effect between cannabinoids and terpenes of cannabis but there isn’t much proof of it yet and more research is needed to better understand all the effects and potential benefits.

The problem, according to Dr Tishler, an american medical researcher, is that research focused on small sample of population, usingpharmaceutical preparations that are different in composition compared to the dosage naturally found in flowers and derivatives of cannabis. Many studies and researches are in fact done in labs by mixing both cannabinoids and terpenes. This “mix” necessarily differs from the natural selection. Besides, since they’re natural vegetal products, there’s a lot of inconsistency in the concentration of cannabinoids and terpenes, even on the same plant. Therefore, it is too early for a definitive opinion on the matter.

The activity of terpenes and cannabinoids has proved to be pharmacological, not therapeutic. Test tubes, mice and anecdotal reports do not reliably establish the therapeutic efficacy. Interesting effects on animal models do not necessarily point to therapeutic effects on humans. Even the initial success of some clinical studies only brings to a stepwise procedure. And this is mainly due to the fact that most initial successes do not repeat in the following stages. The main reason for the study to fail is the difficulty in establishing a replicable and detectable efficacy. Despite the results shown on mice, there are still reasons to believe that the activity of terpenes and cannabinoids might often be a false-positive.

For consumers, patients and doctors, it remains difficult to access therapeutic preparations of cannabis. Moreover, the lack of a specific production regulation makes it even more difficult to determine the quality and safety of cannabis extracts sold on the market. Experts ask the institutions for more flexibility and to be given some leeway to advance with the research . This in order to establish the effectiveness, safety and the long-term effects that cannabinoids and terpenes might have on the human body.

← Cannabichromene (CBC): let's find out the benefits of this cannabinoid The cannabis tradition at Christmas →