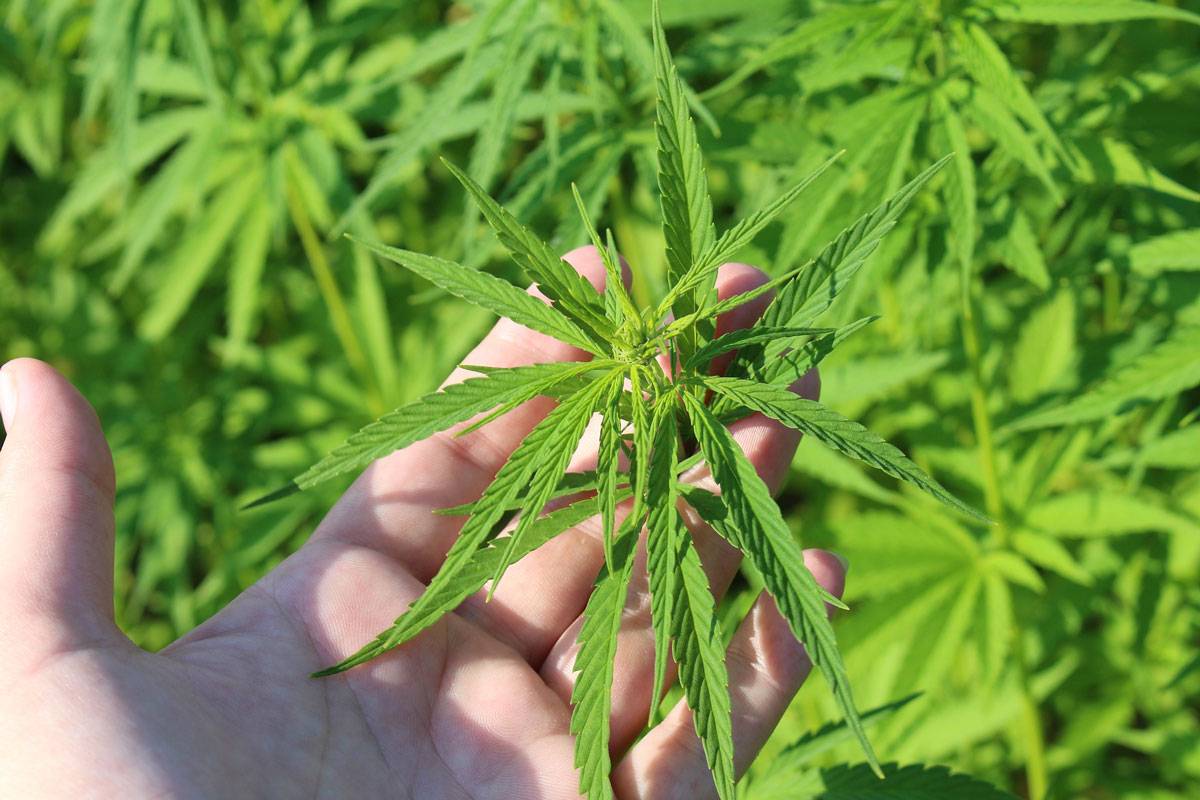 Hemp and Marijuana, all the differences.

The difference between cannabis sativa and marijuana is a topic that is usually explained the wrong way.

The demand of CBD keeps on skyrocketing. CBD industry is developped in an independent market, but still strictly connected to the Cannabis industry. It gives rise to its controversial reputation and legal status.

This causes confusion among the CBD users. So it’s very important to understand the difference between cannabis sativa and marijuana and how they relate to cannabis.

What is the difference between hemp and marijuana?

Cannabis is a kind of flowering plants from the Cannabaceae family, which primarily includes three species:

Hemp and marijuana are regularly referred to as a “species” or “variety” of Cannabis, in reality this is not the case.

Hemp and marijuana are wider classifications of Cannabis. They have been adopted by our culture; however, they are not the legitimate naming for the Cannabis plant.

To clarify the difference between hemp and marijuana and eliminate the blanket of “smoke” on this often misunderstood topic, let’s take a closer look at what each of these terms actually mean and how they relate to cannabis.

What is cannabis sativa?

“Hemp” is a term used to classify cannabis strains that contain 0.5% or less THC (on dry product).

Even though the legal definition mentioned above is not yet fully legally recognized, the “cannabis sativa” is generally used to refer to the non intoxicating cannabis which is intended for industrial use.

Evidence of its use has been recorded throughout history, including the discovery of materials obtained from hemp more than 10,000 years ago, many experts consider hemp to be mankind’s first intensive crop.

With the ability to produce crucial resources such as food, rope, clothing, paper, packaging material and more, hemp was the catalyst for man’s first innovations.

“Marijuana” is a term used to classify cannabis strains that contain more than 0.5% THC (on the dry product) and can induce psychotropic or euphoric effects on the user.

While the use of this term is widespread throughout Western culture, “marijuana” represents a grossly inadequate classification of cannabis.

The most knowledgeable people and organizations in the cannabis industry refuse to use the term and some consider it “racist”.

Initially, until the early decades of the 1900s the term “marijuana” was non-existent and “cannabis” was the main term used to classify the plant.

Between 1910 and 1920, nearly one million Mexicans emigrated to the United States seeking refuge from the Mexican Revolution.

During this period, anti-Mexican sentiment had begun to wane and the term “marijuana” arose as a negative correlation of its use by Mexican immigrants.

Shortly thereafter, “voices” began to emerge warning Americans of the dangerous and murderous tendencies caused by the use of “Mexican cannabis” or “locoweed,” which led to an even greater increase in anti-Mexican sentiment.

As the negative perception of cannabis intensified, the US government began to regulate cannabis more aggressively.

In 1927, 11 states passed anti-marijuana laws and in the 1930s anti-marijuana propaganda and fear of the famous propagandist documentary “Reefer Madness” was in full swing.

Following the passage of the Marihuana Tax Act of 1937, which imposed heavy taxes on the possession, sale and transportation of the plant, the federal government actually began to ban “marijuana,” paving the way for the next 80 years of cannabis prohibition to world level. 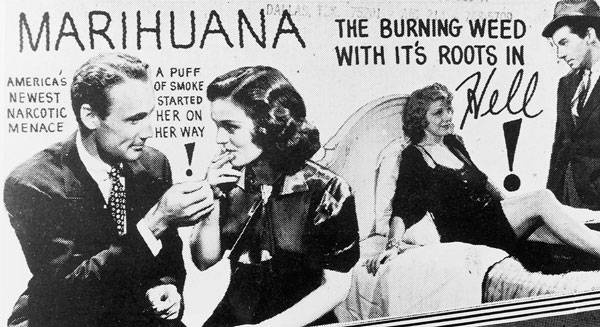 The confusion derived from Hemp vs Marijuana

Depending on the context, the distinctive feature between cannabis sativa and marijuana is the quantity of THC contained in the plant, or rather if it has a psychotropic effect on the consumer.

While the intoxicating properties of each plant are an important factor to consider, the classification of cannabis as hemp or marijuana based on a single trait is a heavily skewed representation of cannabis that prevents users from fully understanding its diversity.

To make a comparison, we can consider the taxonomic hierarchy of citrus fruits, imagine if instead of having all the different species (lemons, mandarins, oranges, grapefruits, bergamots etc …) the classification had been made on the basis of flavor: sweet and sour !

Classifying Cannabis as Hemp or Marijuana is similar to classifying all fruits in the citrus genus as sweet or sour, without recognizing the different characteristics of each fruit.

This has already led to numerous problems with law enforcement making arrests and seizing 100% legal hemp because it looks exactly like “marijuana”.

The classification of hemp or marijuana in the absence of a true understanding of cannabis presents a clear problem of function.

The obvious solution is that these words never existed; however, now that these terms are deeply rooted in our society, this problem is difficult to solve.

The only realistic solution is to re-educate our society over time.
In the meantime, it’s probably best to stay informed about the meaning of hemp and marijuana and how they are used in our society and classified in our legal system to know your rights and avoid complications when using hemp or CBD products.

Strains of the same plant species, hemp and marijuana, share many similarities and can even appear exactly alike.

To understand how different they are, consider these 4 key differences between hemp and marijuana.

The main difference between cannabis sativa and marijuana is the plants’ chemical composition.

Both hemp and marijuana can produce high amounts of CBD, the non-intoxicating, anti-psychotic and anti-inflammatory compound of cannabis; however, THC (intoxicating, psychotropic and psychoactive compound) is produced at very different levels.

While hemp cannot contain more than 0.5% THC, marijuana can contain up to 30%!

Due to the difference between their THC levels, hemp and marijuana are regulated very differently by law.

Hemp is not considered illegal as long as the plant and its derived products do not contain more than 0.5% THC.

Marijuana, on the other hand, is still treated as a controlled substance and is illegal under the Narcotics Act. 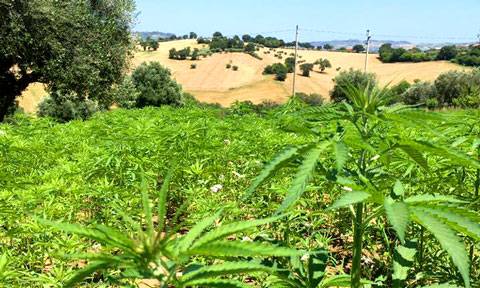 Hemp and marijuana are harvested for different purposes, so they require different growing conditions.

Marijuana strains are grown illegally with aggressive methods, most often with synthetic nutrients to maximize the amount of THC present.

On the contrary, cannabis sativa is grown legally and in a controlled manner, often in organic growing operations.

4- Cannabis sativa vs Marijuana: use

Hemp and marijuana offer a range of uses that are unique to their composition.

As a potent psychoactive agent, THC can bind directly to the receptors of the endocannabinoid system, and induce mind-altering euphoric effects.

While marijuana is commonly recognized for its recreational uses, recent studies have revealed its potential in a wide variety of therapeutic applications.

By comparison, hemp is harvested to produce a wide variety of products including:

The topic is certainly complex and rather confusing, we hope we have shed light and correctly explained the difference between hemp and marijuana.

Despite the wrong use of the terms “cannabis sativa” and “marijuana”, these terms are deeply rooted in our culture and society.

There is certainly a need to re-educate society regarding hemp and marijuana, but to eradicate the problem, it will take time.

Thanks for reading this article. If you have any questions, comments or suggestions, please feel free to comment or contact us.

In our shop you can buy the best strains of legal Cannabis at an exceptional price!

Visit the shop
← Cannabis light, green light for sale if the thc is below 0.5% The difference between Cannabis Indica and Cannabis Sativa →