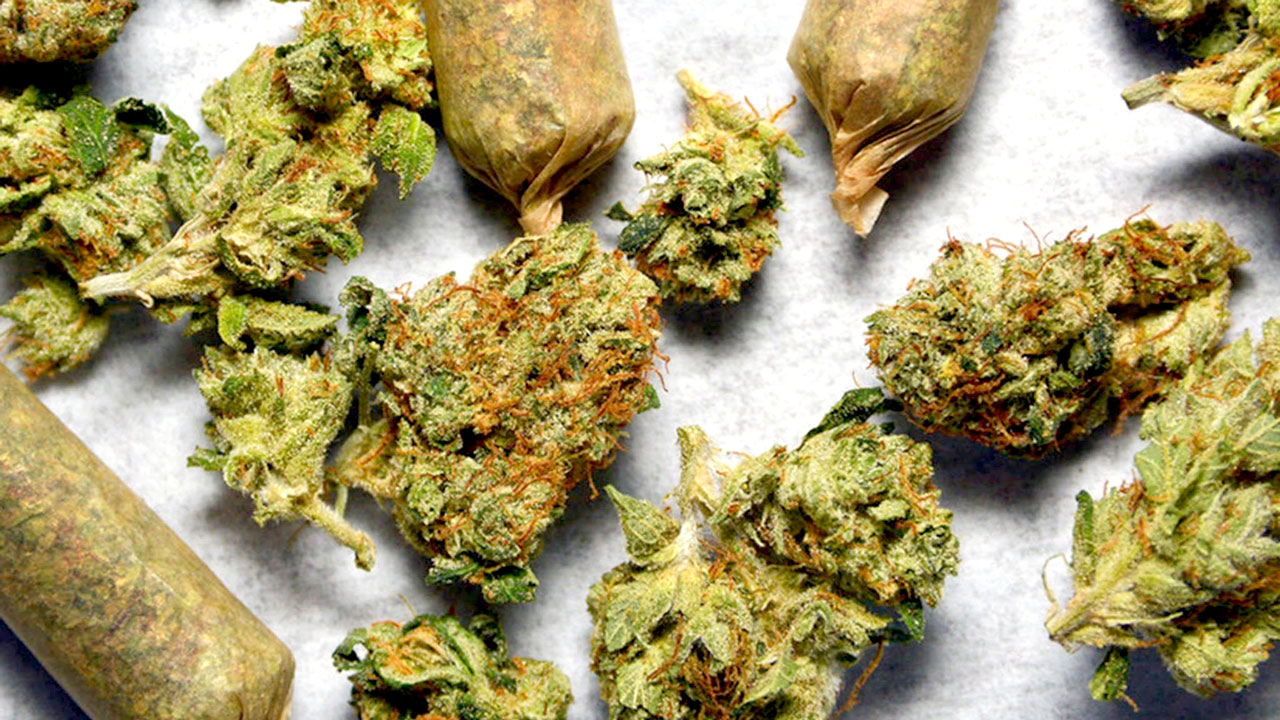 The Best strains of Legal Cannabis

When talking about light cannabis, a pretty common question is: “Which is the strongest strain of legal cannabis?” or also “Which are the best strains of legal cannabis?”. But to properly answer these questions we need to define what is “strong” and “best”, first.

As for many other products, “best” is a subjective concept. What’s best for you might not be so for someone else. The only way to define the attributes “strong” or “best” when talking about legal cannabis, is to analyze its compounds and determine what is actually best for you.

So let’s start from the beginning…

What is legal weed?

In Italy and in many other European countries, light cannabis or “legal weed” incude all the strains of Cannabis that contain less than 0.5 / 0.2% of cannabinoid THC, the one responsible for the “buzz”. As time passes and the market widens, growers keep creating new strains. This brought to the introduction on the market of the “hybrid” strains, meaning plants that present characteristics belonging to both cannabis sativa and indica.

It is agreed that legal weed, whatever the strain, refers to any type of cannabis that doesn’t have narcotic effects.

How much buzz do you get from legal weed?

Because of the low content of THC, the legal weed doesn’t give any “buzz”. This means that it does notalter the cognitive abilities or mental state of a person.

The buzz can be interpreted differently; a stroll in the forest, a netflix movie we love, a football game, a good book, a food we like… These are all things that can give us satisfaction, happiness, peace and relaxation. In these terms we may say we get the”buzz”. Even if our cognitive abilities remain unaffected.

How do we measure the power of legal cannabis? 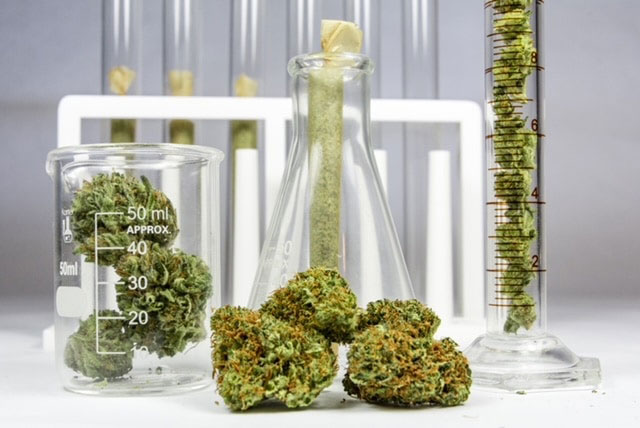 Defining the power of a strain of legal weed, on paper, is simple! With the necessary chemical tests, such as the Gas chromatography-mass spectrometry (GC-MS), it’s possible to analyze a sample of legal cannabis in its main compounds. Therefore, determining the concentration of each active substance contained in our legal weed. Of course, you may think that the more the concentration of these substances, the”stronger” the strain of legal cannabis.

example of cannabinoids tests results from a sample of legal cannabis (source: frontiersin.org)

Unfortunately though, it’s not that simple…

Your body and legal cannabis

Cannabis affects the human body in many ways. The cannabinoids of legal weed mainly affect the “endocannabinoid” system. The human body produces and uses endogenous cannabinoids, created by the body itself. These cannabinoids interact with the body, by regulating many vital bodily functions .

And some other factors like: the time of the day, the season and the use of other substances and medicines.

All these affect the assimilation of cannabinoids and so the effects of legal weed on you. 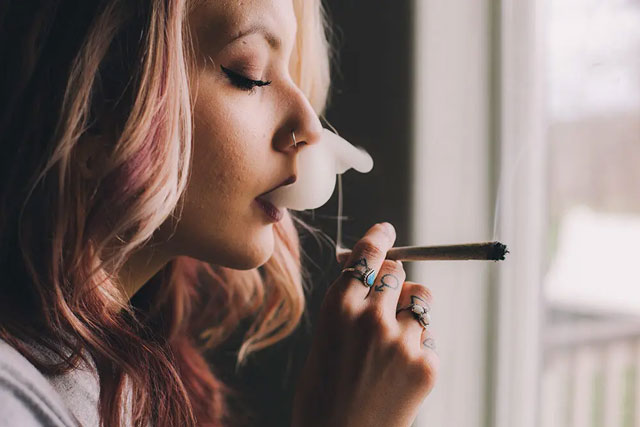 What is the strongest legal weed strain?

As we have seen before, it’s mostly up to you. The right question should be: “Which is the strongest strain of legal weed for me?”

Since there are a lot of legal cannabis strains and these strains can give different results, based on how they’re grown, it’s basically impossible to try them all…

To find out which type of light cannabis is better suited for your needs, it’s worth to start with some info about the various families of cannabis that generate all the strains of legal weed.

The main families of legal cannabis

We can divide the legal weed in 5 main families:

Originating in California, the Haze family was created in the 70s.

In this family we can find famous strains as:

The typical features of this cannabis strain are the acid-sweet aroma, sometimes defined “chemical” and the energizing and euphoric effects similar to those of a light hangover.

The classic terpenes that flavour this family are: the Myrcene and the Terpinolene

If you have tried and enjoyed one of these strains, you should definitely experiment with the other strains of the Haze family. You probably won’t be disappointed. 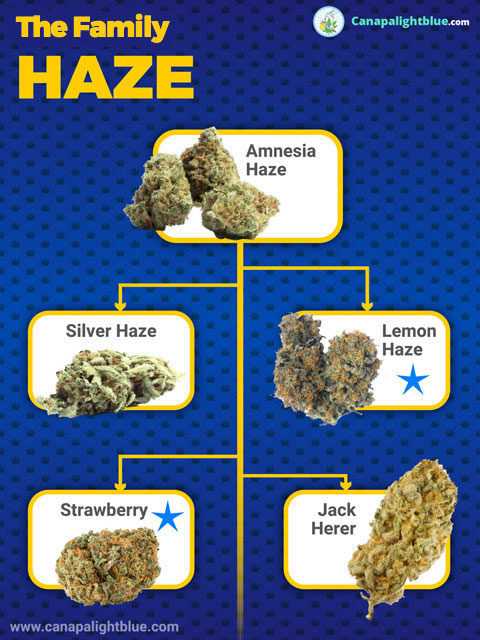 This cannabis family was created in the 70s, too. The parent strain, precursor of all the strains that exist today, is the Mendo Purps. It was named after the coastal town of Mendocino, in California.

The most popular strains of this family are:

Some of these strains have a fruity and unique aroma, while others tend to smell like “matured cheese” or have a strong “musky” odor. The typical effect is amusing, relaxing and antianxienty.

The most common terpenes in the Purps family are: the Myrcene and the Caryophyllene 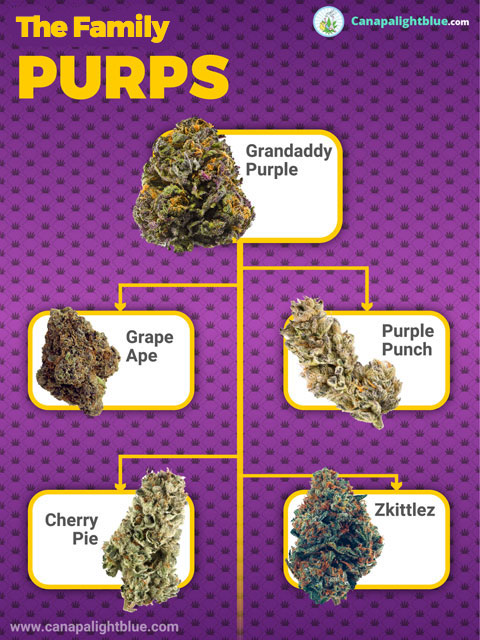 The name “OG” means “Original Gangster” and indicates the peculiarity of this cannabis family. Considering its called “Gangsters” 😎 it does not surprise that the origin of the OG Kush family remains unclear… all we know is that it was born in California in the mid 90s, from a mysterious clone from Florida. Its exceptional features are the reason behind its great success, in California and later in the rest of the world.

The known strains of this family are:

All the strains in this family tend to have a pine resin aroma, with a citrus and lemon zest aftertaste. Its peculiar effect is powerful, especially for the muscles! You can consider it relaxing, almost soporific.

The terpenes in the OG Kush family are: Pinene and Limonene 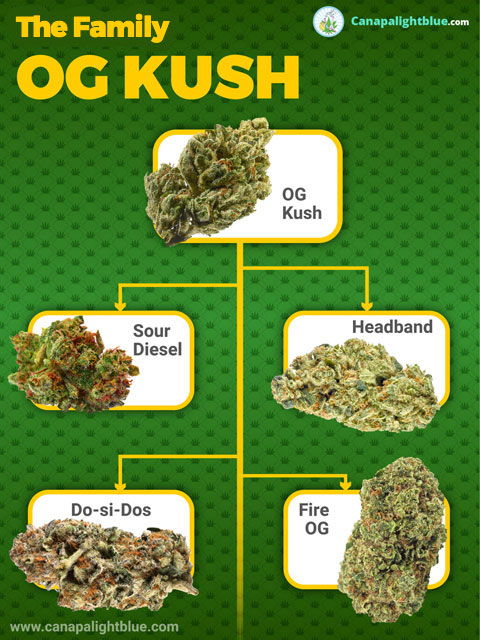 The first samples of this young family were born in the Yosemite area, in California, in the early 2000. The name “Tangie” probably derives from the Tangerine, hybrids of orange and clementine, cultivated in the city of Tangeri in Morocco.

The most popular strains of this family are:

As you can easily guess from the names, usually these strains have a citrus aroma, with some sour and some sweet strains. The typical effects are mental clarity, light relaxation, creativity and concentration.

The characteristic terpenes of the Tangie family are: Terpinolene and Myrcene 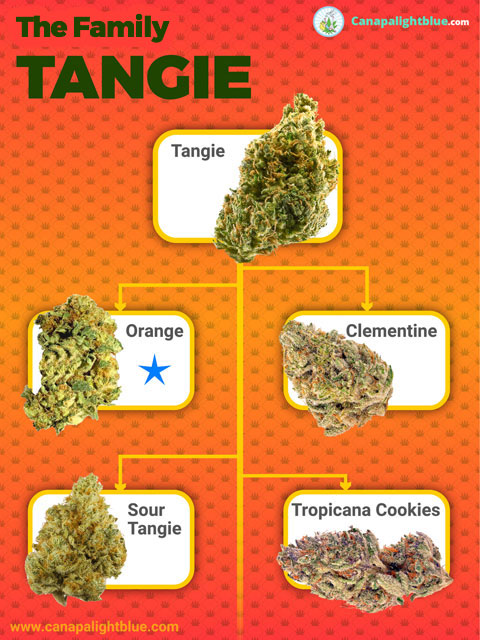 This is the youngest family of cannabis. Created in the mid 2000, with the Girl Scout Cookies strain of the famous rapper Berner by cross-breeding the “Durban Poison” with an original OG Kush. The Cookies & Cakes family has given birth to many strains, especially appreciated by the younger clientele.

The most important strains at the moment are:

The sweetness and the aroma of baked cookies and cakes, are the signature mark of this strain, together with the vanilla and chocolate notes. The most common effects are calm, relax and“full stomach”, somehow like after a big meal.

The most present terpenes in this family are: Limonene, Myrcene, Humulene 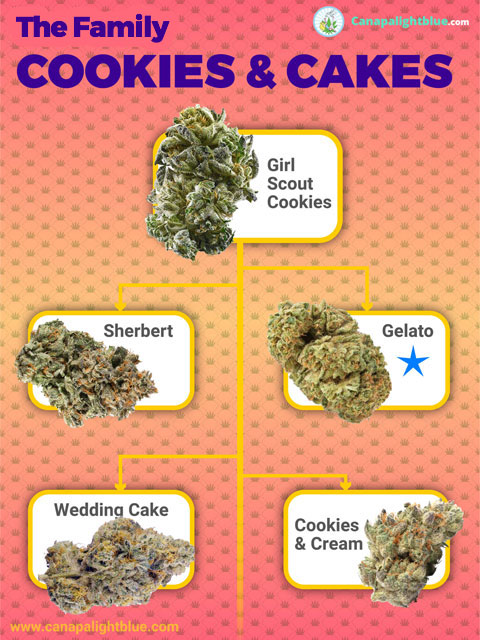 As mentioned before, different families of legal cannabis present different combination of terpenes. But what are the terpenes? The terpenes are natural elements, highly volatile so they easily evaporate and are odorous substances. They’re primarily responsible for the scent of the legal weed just like for any other plants or substances, such as fruit, herbs, meat, wine…

In the human body the terpenes play a fundamental role. In short, the terpenes “lead” the other substances , like cannabinoids for example, bringing them in parts of the body that have the greatest concentration of specialized receptors. 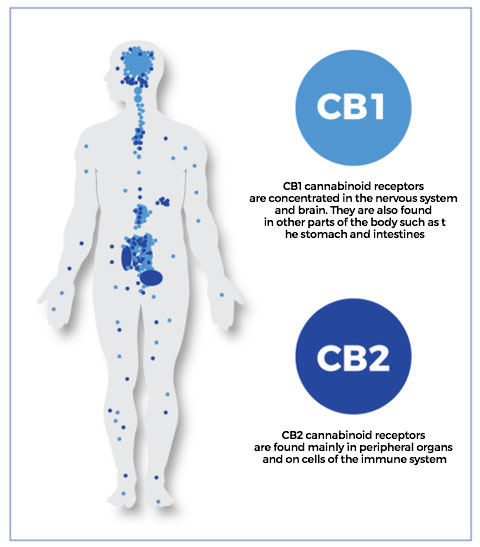 This means that when you want to determine the “power” and the effects of cannabis you need to consider which terpenes are more concentrated in that specific strain. This way you will learn which strain of cannabis is more effective for you and by implication, “the strongest”.

Well, you’ve reached the end of the article. Congrats! Now you should have the necessary information to start your personal research on legal cannabis, to find out which strain of legal weed will feel “the strongest” or “the best” for you, based on the aroma and desired effect.

Our shop has a great selection of amazing strains from various families of light cannabis. You can start from there. You may also take advantage of our free shipping and the 10% discount with the code CBD10 (use it in your cart)

This is a purely informative and educational article. It is not intended to promote nor encourage the use of controlled substances for therapeutic or recreational purposes. Always consult with your doctor before trying new substances, for any reasons. Canapa Light Blue do not condone nor approve of the use of substances regulated by the law on narcotics.

← legal indoor cannabis vs outdoor. What's the best one? Legalization of cannabis in Italy. Analysis and brief history →